Hospice care is a benefit for individuals in their last months of life.  Hospice regulations say that if a physician’s best estimate is that the individual has 6 months or less to live if his or her disease follows its typical course, that person is eligible for hospice services.  Hospice regulations also stipulate that hospice agencies must pay for everything an individual needs related to his or her hospice diagnosis – medications, medical equipment and supplies, oxygen.  Studies have shown that some hospice patients live longer precisely because they’ve had hospice care.

Hospice is a great thing, right?  A service that helps people who are very sick live longer than they might otherwise have lived and at no cost to them.  Then why does the word ‘hospice’ cause conversation to come to a screeching halt when it’s mentioned?  Why is the national hospice median length of service less than 3 weeks when it’s a 180-day (or more) benefit?

The H-word is the new D-word.  In some circles, ‘hospice’ and ‘death’ are synonymous.

What’s unusual about Joanne and Janet (not their real names) is they both work in hospice care.  Daily, they are surrounded by stories of living and dying.  Janet and Joanne have even often commented on what a shame it is that people don’t benefit from hospice services longer.  But when faced with it in their own personal circle of family and friends, they couldn’t see their loved one was dying until death was very close.

Prognostication, or estimating one’s life expectancy, is both an art and a science.  I don’t know if it’s now being taught in medical school.  If it is, it’s a relatively new phenomenon.  For professionals trained to fix and cure and save, it can be extremely difficult on a variety of levels to estimate the years or months a person has left.  It can be extremely difficult to have that conversation with someone.

Different diseases follow different paths, and some paths are more difficult to predict than others.  Initially, an individual with cancer is typically very high functioning in terms of being able to complete  activities of daily living.  Once the physical decline starts, it usually happens over a short period of time.  (See Fig. 1.)

A person with heart or lung disease declines slowly over time with periods of heightened symptoms of the disease.  (See Fig. 2.)  Examples of this kind of decline are congestive heart failure and chronic obstructive pulmonary disease (COPD).  An individual with COPD may have an especially bad day, but he or she eventually rallies and ‘comes back’.  Each time the person comes back, however, she is a little worse than she was before the symptomatic period.  There is an overall downward slope, but it can be difficult to notice because the person keeps recovering.  When death finally comes, it can feel like a surprise because the person recovered every single time – until now. 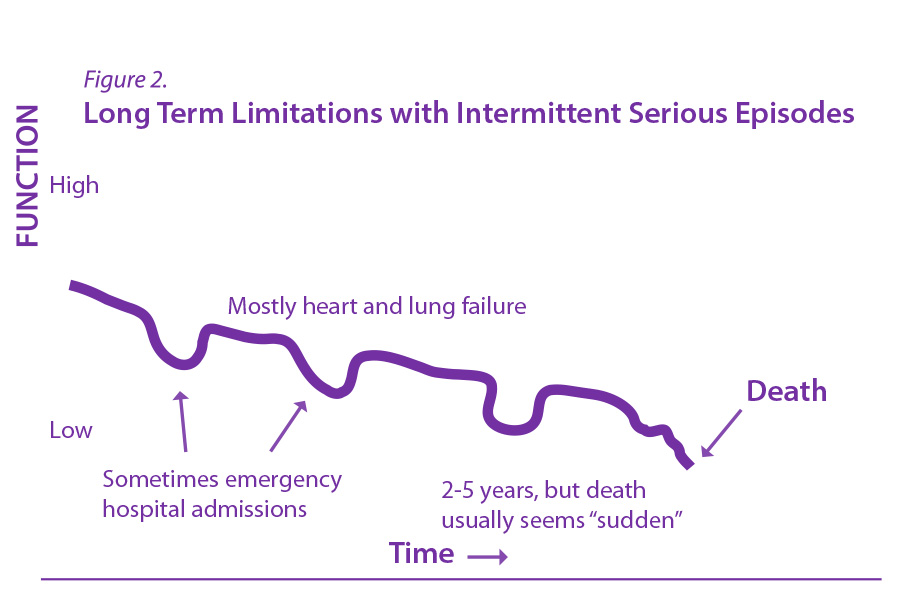 Figure 3 shows the physical decline of a person with Parkinson’s or dementia.  The individual’s functional ability declines quite a bit over a very long period of time.

So it’s difficult to estimate when a person has 6 months or less to live. There are, however, general end of life symptoms that we can notice. These are listed in Table 1.

If your loved one is experiencing even just some of these symptoms, please call for hospice services. It doesn’t mean you are giving up. It means you want someone you care about to be as comfortable as possible.

Increasing someone’s comfort level can help them live longer. I know of several individuals whose lives have been extended because of the extra TLC hospice helps provide them. They have each lived years beyond what was predicted.

Hospice cares for people who are dying, yes. But hospice isn’t ‘about death’. It’s about life. It’s about living as fully as possible until the very last minute.

Dame Cicely Saunders, founder of hospice as we know it today, said, “You matter because you are.  You matter until the very last moment of your life.”  And that is what hospice is about. One comment on “When Is It Time For Hospice?”